An exclusive interview with Homer Marrs about his new single and music video “Ben.”

Homer Marrs is an indie rock musician who gets compared to They Might Be Giants but sounds more like David Sedaris tickle-fighting R.E.M. His sound is catchy pop/rock with seriocomic lyrics: fun, melancholy, fierce. In Chicago he performed as Homer Marrs and the Excellent Adventure, touring regionally and releasing the EPs “Fun Size” and “Ending Songs.” Today he is based in Los Angeles and prefers to rocks solo acoustic.

Homer performed his “Facebook Song” live on “Jimmy Kimmel Live” in support of the first National UnFriend Day. He has had video and concert sponsorship from hirsute hookup sites Bear411, Bearwww, and BearGrind; performed at Pride Festivals and bear runs; and his music video for “A Prayer for Julian Sands” was selected for promotion by the editors of Buzzfeed. 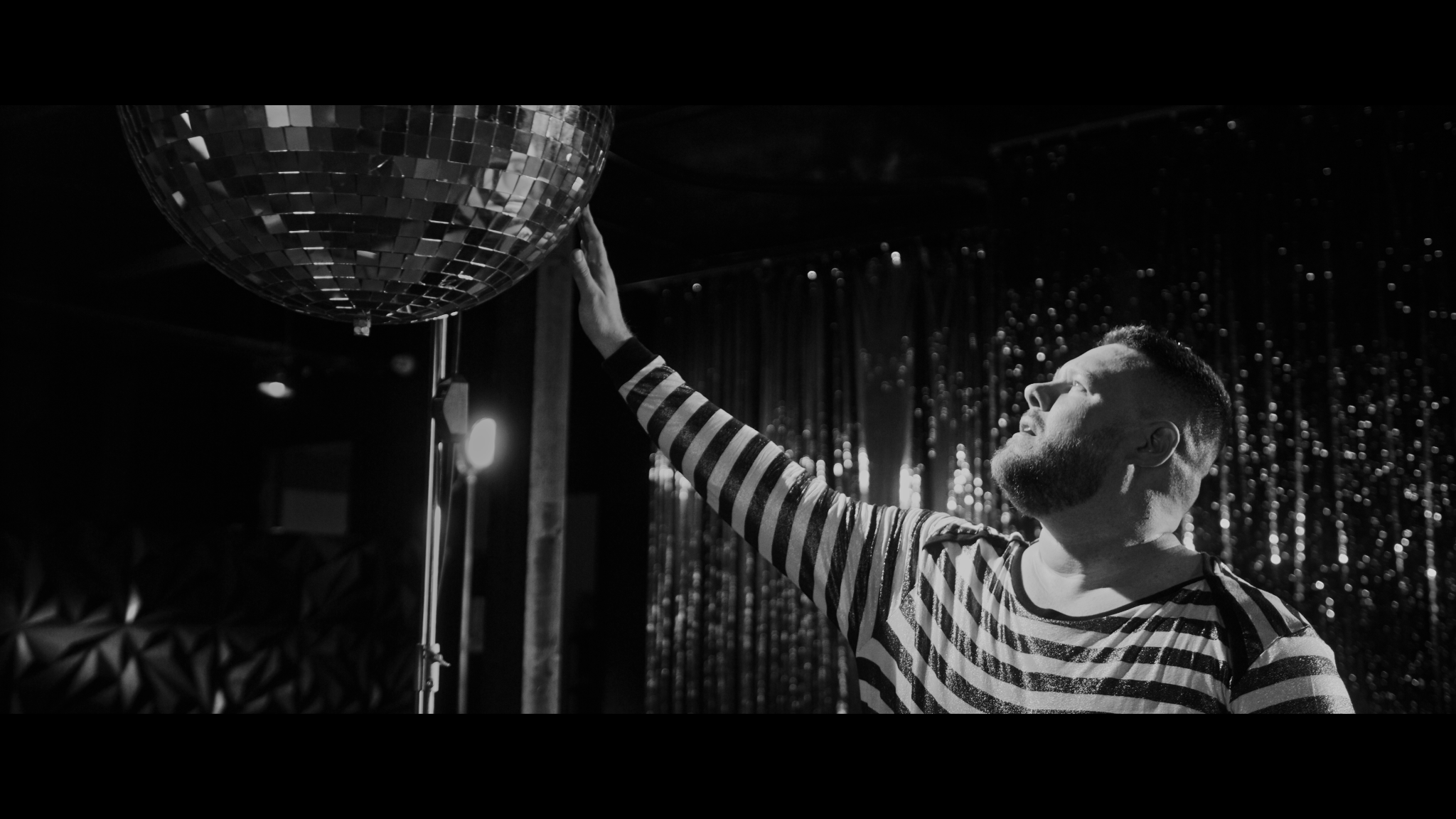 This new track “Ben” brings us an emotional side from Homer. The song starts with a steady acoustic guitar melody with Homer singing the catchy chorus. The lyrics in the verses and the chorus feel personal and emotional to Homer, giving us a closer glimpse at his big heart. I really liked the storytelling that unfolded as the song progresses. The vocal harmonies are beautiful and easy to sing along with, making this an acoustic track we want to come back to time and time again. (Especially in the era of breakup songs, i.e. Olivia Rodrigo.)

The music video brings us this emotional side of Homer visually. We can see the pain in his face as he walks through the streets. The quality of the video is really stunning, despite it being black and white. My favorite shot in the music video is when Homer appears to be writing the song backstage and looking into the mirror. This music video is a must watch, through and through.

I had the chance to interview Homer about the song and music video, check it out below!

First of all, are there any juicy details as to who “Ben” really is?

Oh, Lord. That’s the one my friends have been asking! Ben is a mix of several people, and also a symbol of all the guys I ever embarrassed myself in front of when I was drunk. If you really need a name… J.R. Price.

Did you have any musical inspirations when making this song?

Yes! It sounds absolutely nothing like it but the song first in my mind when I sat down to write it was Billy Bragg’s “A New England.” I have always loved that song and wished I could write something so impactful with so few chords and minimal production. But as I got going it became very Smashing Pumpkins-y, so I decided to run with that. As a hat tip I mimicked Billy Corgan’s strumming pattern from “Disarm” in the “Ben” intro, which several people have asked about, so mission accomplished! And lastly of course there are two lines from the Cure’s “Boys Don’t Cry” in the bridge because this is my pouty jilted lover song, and I love Easter eggs.

Where did you record this song, and what are the vibes like in the studio with you?

An EDM artist friend of mine recorded a song for me last year just kinda for fun, since he doesn’t work with guitars that much, and when I said I had a few more serious ones I wanted to lay down he recommended a dude named Ray Garrison at a small studio called Electric Rooster here in the Valley. It was a choice experience and we’re actually tracking another song in a few weeks. I would say the vibe in the studio was playful and up, despite the fact the songs we tracked were so somber. It only ever felt serious when I was singing, because I needed to actually feel the lyrics.

What are some of your favorite / most meaningful lines in the song?

I like the line “pull me closer / start me over.” I think that’s really the essence of what I was feeling with the experiences that inspired the song. Just wanting to be held and have a brand new beginning, a clean slate.

Was this release cathartic for you?

Yeah, but also intimidating. It’s me speaking my truth, as they say, which is cathartic but also kind of humiliating. You really do feel naked when you share things you’re not proud of. My last release was a cover (Danzig’s “Sistinas”) that was hella cathartic but wasn’t my own personal writing, so I didn’t feel as vulnerable when sharing it. “Ben” has been much more of the full-on “put yourself out there” experience.

What is your favorite part of the music video?

I love the cinematography in the first thirty seconds or so. The way Oleg, the director, captured the city streets, stairwell and window scenes really felt poetic to me and set exactly the tone I was hoping for.

Well like I said Ray and I are recording again in a few weeks, but I’m not 100% sure which song to do. I have one people tell me they really relate to but it’s more ex-boyfriend stuff, and I can’t decide if that makes it a perfect companion to “Ben” or too similar. I am also looking for a booking agent right now as I’d like to get back to regular live gigs.

I’m still heavily mired in indie queer artists at the moment, largely because of the playlist I’ve been doing for Bear World Magazine on Spotify. The blessing and curse of streaming services is the sheer volume of artists you have access to. It’s overwhelming, and you can never have enough time to listen to all of them, but there are a lot who are really good so you keep digging and exploring. Right now my faves are Josh Cross, John Grant, Karate School Dropout, Man on Man, Xantheartist, and a gay rapper named Bryce Quartz. He’s a little obnoxious but he’s cute and his songs are catchy. 😉

Thanks for taking the time to answer those questions for us, Homer!

Be sure to stream his new single “Ben” on all platforms now, watch his music video below, and follow him on all social media!