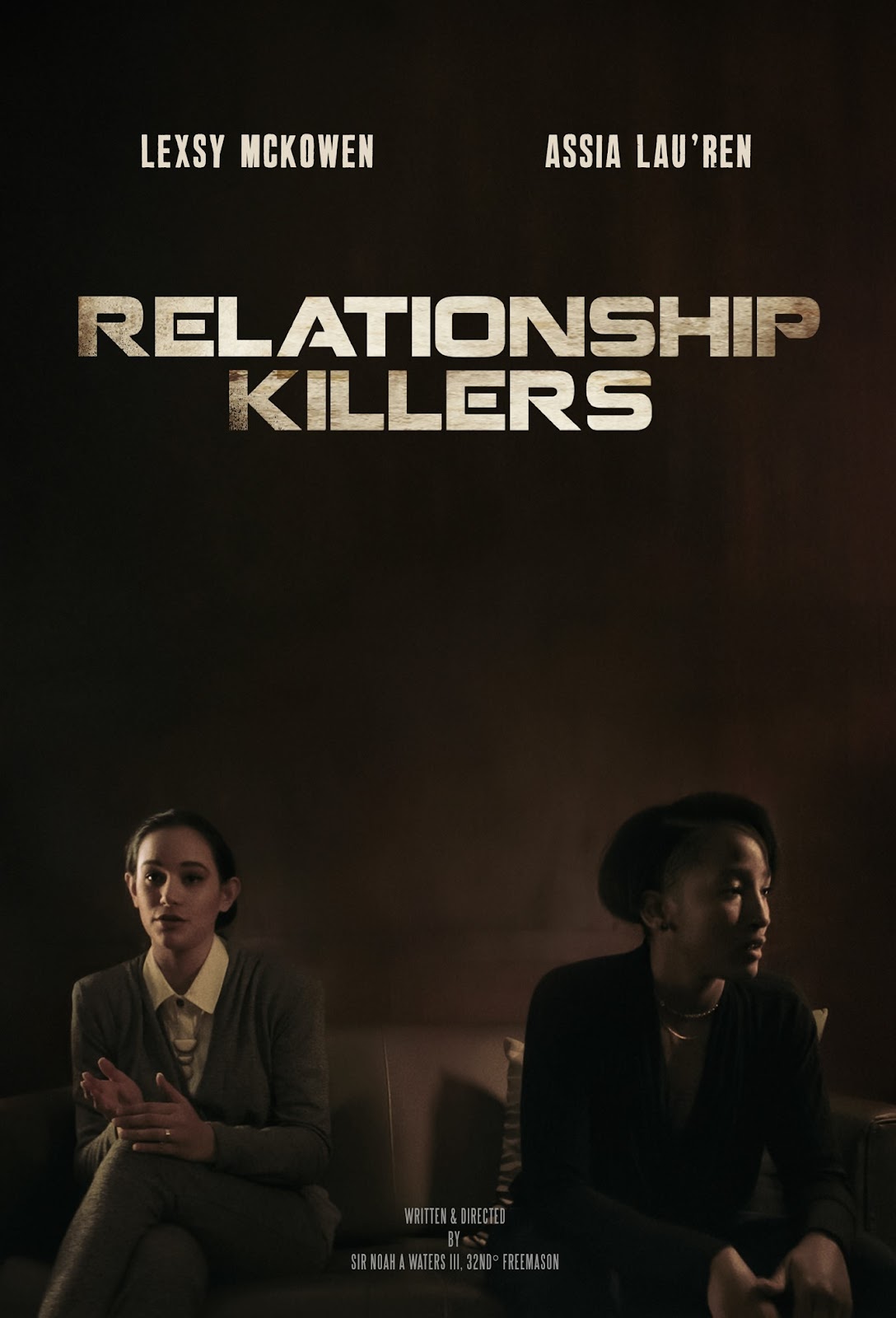 Relationship Killers exposes the complications of the struggle with romantic relationships and mental health in marriage. The 11-min black comedy takes a look at what happens when two deeply damaged newlyweds go to their first session of marriage counseling. The film intensifies tenfold when the therapy session gets extremely uncomfortable as the characters begin to divulge the last portions of their partly hidden dark souls to one another while trying to maintain a level of agape style love.

All married couples have secrets, but none like theirs.

“In my work, I chose to use the phrase ‘mental illness’ instead of ‘mental health’ not because I want to increase the darkness around the subject matter but because I want to assist in erasing the stigma around mental disorders. I feel as though the phrase or term mental health is more of a light-hearted self-care term compared to mental illness which is what I consider my own personal struggle.” says director Noah A Waters III.

“As a storyteller, psychology is one of the most interesting parts of character development. In Relationship Killers, I was focused on my characters’ cognitive dissonance and mental illness issues, rather than their singular identities and demographics. I wanted to explore what it’s like when you have two protagonists who love each other with a love that’s so severe and passionate that it’s the only thing that is more severe than the mental illness issues going on inside of them.” he adds.

At this screening we will also Be announcing our next installments in the Lethal Ladies Cinematic Multiverse, which is the femme fatale character driven Neo noir cinematic universe we introduce in Relationship Killers!

For more information about Relationship Killers, please follow the links below:

The creative team of Relationship Killers is presently available for interviews in person in Los Angeles or virtually via zoom, telephone, and email.

Noah A Waters III is an award-winning filmmaker originally from North East Florida who can honestly say he has been all around the world. He served in the US ARMY as well as a mercenary for multiple different private military outfits. Noah is a thirty-second-degree Master FreeMason, a knighted member of the Knights Templar, and a knighted member of both York and Scottish Rites. He is a member of Veterans in Media & Entertainment, the Hollywood American Legion, and Film Independent. Noah Studied Writing and Directing for screen and Stage in college. Besides stand-up, writing, and directing, Noah is a line producer and combat consultant for film and Television as well as Mental Illness Advocate and founder of #MIA a nonprofit organization dedicated to helping the mental illness disease in our world.