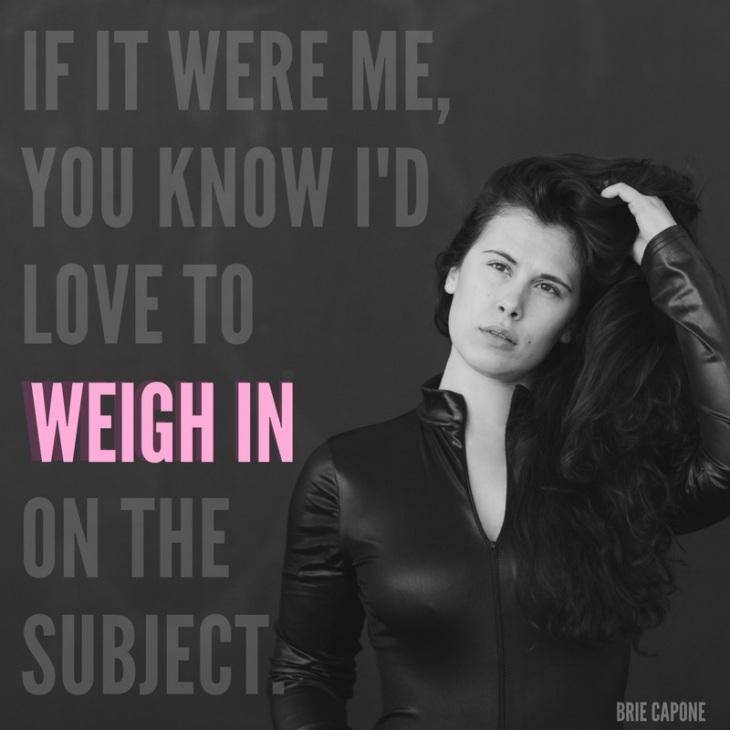 “Weigh In” by Brie Capone was released about a week ago via Spotify and it’s a real treat for your ears. Brie Capone is a singer-songwriter based in North Carolina, USA who defines her sound as “Retro Pop.” She graduated from Berklee College of Music in Boston and then spent some time in New York City performing at well-known venues like The Bitter End, Bowery Electric, and Rockwood Music Hall, among others.

“Weigh In“ is a gorgeous track that will be followed by an EP titled “If I Let You In.” The EP will drop sometime in April. There will also be another single and a music video dropping before that in March. We hear tastes from Natalie Merchant, Billy Joel, and Bonnie Raitt. However, it’s impossible to pin-point her sound to a specific artist which is excellent because it proves that she is original and unique. Her voice has a fullness to it that really echoes in your ears and makes listeners feel whole. The retro keyboard sound greatly compliments Brie’s singing style as well.

You can hear the track on SoundCloud:

Brie will take off in April for an acoustic tour that starts in Los Angeles and ends in Nashville!